"I arrived in Botswana in April 2012"
Foreword:
From now forward I will hopefully be posting here on a semi-regular basis. While my posts will hopefully be dated approximately one week apart, I may not have internet access to post them on such a regular basis, thus the date on the post will be the time it is written and/or the events occurred, not the date posted. My first few posts as well as periodic posts will be more event specific as I get settled in my new community, however once settled I hope to focus more on issues than events. 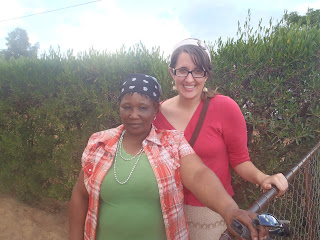 Posted by Christina Zielke at 5:18 AM

The contents of this blog are original thoughts and opinions.
This blog is unofficial and not-for-profit. All views expressed are those of the author and do not reflect the opinions, policies, or position of any institution or individual(s) mentioned herein, including the United States government, the Peace Corps, the government of Botswana, or its citizens.

Christina Zielke
I am a 2011 alumnus of Miami University in Oxford Ohio. I studied in Troisdorf Germany in 2005-2006 and at Liaoning Normal University (辽宁师范大学） in Dalian, China 2010-2011. I am currently serving in the US Peace Corps as an NGO Capacity Builder in Botswana April 2012-June 2014.